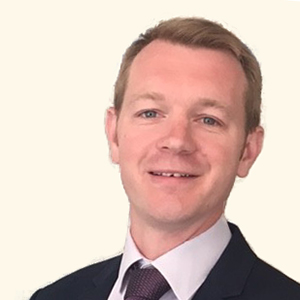 What Rob can do for you

Rob joined Hempsons in November 2020 as a leading lawyer and as part of the expansion of our police law team.

Rob previously worked for national firm, Slater and Gordon, where he was a Principal Lawyer in the Criminal and Police Misconduct team.

Rob has considerable experience in representing those concerned in all aspects of criminal and disciplinary proceedings, from investigation and interview stage through to advocacy in the criminal courts and at misconduct hearings. He deals with a wide array of criminal cases, from road traffic to murder and is known for its consistently high standard of representation and success rates.

As a leader in the field, Rob is regularly instructed to provide legal advice and training to the Police Federation of England and Wales and its members at both a national and local level.

Many of the cases Rob deals with are highly complex and sensitive in nature and profile and include matters of corruption and white collar fraud. Several of the cases that Rob is currently instructed in have attracted significant press interest and Rob has successfully represented individuals concerned in the infamous ‘Plebgate’ and Operation Elveden enquiries. More recently, Rob has been instructed to represent officers and members of the Police Federation of England and Wales in relation to the Inquests into the murder victims of Stephen Port and the Daniel Morgan Independent Panel Inquiry.

Rob is also instructed to represent professionals subject to investigation such as barristers, doctors, nurses, paramedics and accountants and within regulatory proceedings brought by the BSB, GMC, NMC, HCPC and the ACCA.

Rob has been recognised in the Legal 500 Directory (2021 Edition) and with the following testimonials:

‘Robert Newbould has a wealth of knowledge about police matters and disciplinary procedures. My experiences of working with him have been entirely positive’.