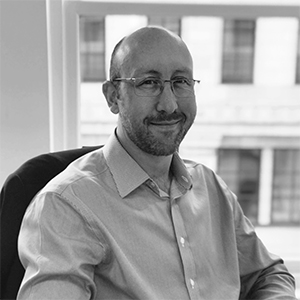 Adam joined Hempsons in January 2020 as part of our merger with Eastwoods, having originally trained at Hempsons. Adam was one of the three founding solicitors at Eastwoods and became a partner in 2008. Adam has been ranked under “Professional Discipline” (currently Band 3) for some years in Chambers & Partners.

This has always been at the core of Adam’s practice. Indeed, the commencement of Adam’s training coincided with the GMC’s Professional Conduct Committee hearing regarding paediatric cardiac surgery at the Bristol Royal Infirmary, then the longest running GMC hearing, much of which Adam attended. Since then, he has represented numerous professionals in regulatory matters at the Medical Practitioners Tribunal Service (MPTS)/General Medical Council (GMC), General Dental Council (GDC), Health & Care Professions Council (HCPC), Nursing and Midwifery Council (NMC), Institute and Faculty of Actuaries (IFoA), General Osteopathic Council (GOsC) and, unusually, Royal Pharmaceutical Society.

This includes assistance throughout a regulatory investigation, from the initial stages through provision of observations (with many cases concluding at this stage), gathering of evidence and preparation for substantive hearings. Adam conducts advocacy at interim order and review hearings and works with counsel at lengthier, occasionally high profile substantive hearings.

Adam was invited to speak on the subject of interim orders at a major annual conference in the regulatory field.

He has sound knowledge of hospital trust disciplinary procedures (under “Maintaining High Professional Standards in the Modern NHS”) and NHS England (Performers List) procedures, having dealt with many of these during his career. This includes representation at suspension hearings and appeals to the First Tier and Upper Tribunals. Adam conducted a two-day mediation on behalf of the consultant, leading to a favourable compromise of High Court proceedings against her employing trust.

Adam also has a growing practice helping professionals regarding disclosures contained in enhanced DBS certificates, and challenging those where appropriate.

Adam has considerable experience of representing individuals facing criminal proceedings including, in particular, sexual assault, gross negligence manslaughter and NHS counter-fraud and, in one case, an appeal to the Court of Criminal Appeal. He is currently defending a pharmacist in a significant NHS Counter Fraud investigation with an eight week Crown Court trial pending.

Adam attends police interviews and, where an individual is charged, assists throughout the process, including advocacy at Magistrates Court hearings, collation of evidence, preparation for trial and instruction of counsel at Crown Court trials. These cases can attract substantial press interest and Adam is experienced at managing clients through these inevitably stressful proceedings.

Adam has an expanding practice acting on behalf of individual police officers, instructed by the Police Federation of England and Wales or either of the two insurers which also support this field of work.  This work is very varied and can involve Adam in attending Post Incident Procedures (to assist officers provide accounts immediately after an incident involving the death of, or serious injury to, a member of the public), attending interviews under caution with the IOPC and assisting at all stages of gross misconduct and criminal proceedings, including at criminal trials (most recently with the successful acquittal after a 1-week trial of an officer charged with Assault Occasioning ABH).

He also works on Judicial Review proceedings, for example on behalf of an officer against their employing police force.

Given his inquests background, Adam can also advise officers throughout inquest proceedings.

These matters require great sensitivity and often will arise where there is other, concurrent investigation of the same matters, for example by a regulator, a criminal investigation or civil claim. Assisting with the Inquest as well as these other investigations enables greater continuity and Adam has at all stages during his career enjoyed assisting individuals called to give evidence at an Inquest or afforded full representation (as an “Interested Person”) to question other witnesses. In many of these cases, Adam has undertaken the representation at the Inquest itself, as well as at Pre-Inquest Review hearings. In other cases, including more lengthy inquests, Adam assists with production of evidence and preparation for the hearing, instructing counsel to attend the hearing itself.

Adam has conducted a number of Judicial Reviews and statutory appeals during his career. In some cases it has been possible to achieve the client’s desired outcome from “pre-action” correspondence. In others, Adam has worked alongside counsel in bringing these cases to a High Court hearing. These cases have generally arisen in the context of regulatory decisions or disclosure on enhanced DBS certificates, as well as a challenge to a Chief Constable’s discretion in pursing certain proceedings against student police officers.

Adam has been involved in criminal appeal proceedings and represented the doctor in the well-known case of R (Sosanya) v GMC (2009).