With ongoing uncertainty surrounding the final terms under which the UK will leave the EU and whether this will take place on 29 March 2019 as planned or not, it is difficult to predict how Brexit may affect Employment Law. However, for practical purposes it seems likely that EU legislation will remain applicable in the UK (but perhaps on a different constitutional basis) unless or until it is amended by UK legislation. We are not expecting swift changes to Employment law and do not expect to see any significant changes prior to 31 December 2020 (the end of the proposed transition period).

EU nationals, their family members and family members of qualifying British citizens who are residing in the UK before 31 December 2020 can apply for a right to remain in the UK indefinitely under a new EU settlement scheme. A “streamlined” application system will be available online and via a mobile phone app to simplify the application process. The application process will involve providing evidence of identity, nationality, continuous residence or presence in the UK and meeting suitability requirements.

The Department for Business, Energy and Industrial Strategy commissioned an independent review of modern working practices by Matthew Taylor in 2016. The “Good work: the Taylor Review of Modern Working Practices” report was published on 11 July 2017 and set out a list of recommendations for improving working life and employment rights particularly in relation to agency, casual, zero hour and vulnerable workers. As a result, the Good Work Plan was published by the government on 17 December 2018 and set out proposed workplace reforms focusing on “fair and decent work”, “clarity for employers and workers” and “fairer enforcement”. We are likely to see draft legislation implementing some of these proposals throughout 2019, but it is likely that the majority of changes will take effect in 2020.

The Woman and Equalities Select Committee published a report on sexual harassment in the workplace on 18 December 2018. In response to this, the government has announced 12 broad action plans including asking the Equality and Human Rights Commission to draft a statutory code of practice on sexual harassment. It is hoped that this code will enable employers to demonstrate that they have taken reasonable steps to prevent sexual harassment and to deal with any allegations appropriately. The government will also consult on a mandatory duty to protect workers from sexual harassment, how to tackle third-party sexual harassment, protections for interns and volunteers, possible extensions of Tribunal time limits and better regulation of non-disclosure agreements.

The consultation on ethnicity pay gap reporting closed on 11 January 2019 and will now be reviewed by the government. The NHS have already pledged to take action to eliminate the ethnicity pay gap and have committed to ensuring that the number of BAME staff in management positions reflects the rest of the NHS by 2028.

Frank Field MP, Maria Miller MP and Baroness Butler-Sloss have been commissioned by the government to undertake a review of the Modern Slavery Act 2015 and to identify gaps in the current legislation. The review is being conducted in two halves, the first phase considered the role of the Independent Anti-Slavery Commissioner and transparency in the supply chains provisions and the second phase will consider the legal application of the Act and the Independent Child Trafficking Advocates scheme. A final report is due by the end of March 2019.

New legislation will come into force on 6 April 2019 which will amend the Employment Rights Act 1996 to introduce a right for all workers to be provided with an itemised pay statement and the ability to enforce this right in the Employment Tribunal. Where a worker is paid hourly, the itemised payslip will also need to state the number of hours for which they are being paid.

The government have published the proposed statutory rates which will apply from 6 April 2019. In each case the earnings threshold has increased from £116 to £118 per month.

From 6 April 2020, all termination payments above the £30,000 threshold will be subject to class 1A NICs (employment liability national insurance contributions).

The Parental Bereavement (Leave and Pay) Bill received Royal Assent in 2018. The proposed wording for the Act has not yet been published but it is expected that the new legislation will come into force sometime in 2020. The Act will give all employed parents the statutory right to two weeks’ leave following the death of a child under the age of 18 or following a stillbirth from 24 weeks of pregnancy. Statutory parental bereavement pay will also apply to this period provided an employee meets the relevant eligibility criteria.

Studies have shown that 90% of potential work returners in the UK are woman. To help tackle the gender pay gap, the Government Equalities Office has announced that £489,050 has been awarded to five organisations that help people return to work following a career break to care for others. This fund will be used to facilitate work placements, training and skill enhancement across law, finance, technology, communications, advertising and marketing.

In October 2015 it was announced that the government intended to extend shared parental leave to include working grandparents by 2018. A consultation was initially proposed for 2016 but this was delayed until after the referendum on leaving the EU. However, there has been no further announcements or consultation papers on this issue and it is unclear whether the government still intends to pursue this.

Regulation 10 of the Maternity and Parental Leave etc Regulations 1999 provides that women who are selected for redundancy while on maternity leave must be given priority over other employees selected for redundancy in relation to offers of suitable alternative employment. The Government has released a consultation paper proposing to extend these rights to woman who have returned from maternity leave in the previous six months, women who have told their employer they are pregnant and to those on adoption, shared parental and longer periods of parental leave. The consultation closes on 5 April 2019.

The EAT found that paying a higher rate of maternity pay to a female employee than would be paid to an employee of either sex taking shared parental leave did not amount to direct sex discrimination.

This case is currently on appeal to the Court of Appeal and the Judgement is awaited.

This case will be heard by the Court of Appeal in February 2019 and will be the first case of its type which directly addresses the issue of direct discrimination based on a perceived disability.

Mrs Coffey was a police constable in Wiltshire. She suffered from hearing loss that placed her just below the national standards for hearing for the police. However she had passed a practical functionality test which enabled her to work as a constable without any adjustments. Mrs Coffey applied to transfer to Norfolk Constabulary but her application was rejected on the basis that she did not meet the national hearing standards. A practical functionality test was not arranged on this occasion. The Acting Chief Inspector for Norfolk explained that their decision to reject Mrs Coffey’s application had been on the basis of avoiding appointing someone that may not be fully operational which would incur significant costs and pressure for the police force.

The Employment Tribunal found that the Acting Chief Inspector for Norfolk perceived Mrs Coffey as having an actual or potential disability that could lead to adjustments being required for her role, either now or in the future. The Employment Appeal Tribunal agreed that the discriminator’s knowledge of disability law is not relevant, instead the question will be whether the employer perceived the individual to have an impairment with the features set out in the Equality Act 2010 (which includes features bringing about progressive conditions). 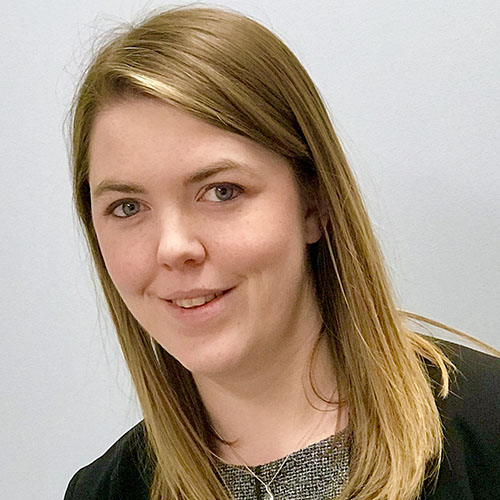