This case highlights the commitment of NHS Resolution and trusts to combatting dishonest and exaggerated claims against the NHS and the very serious consequences. This is the longest custodial sentence obtained by an NHS trust in committal proceedings to date.

Ms Metcalf had a legitimate clinical negligence claim concerning a delay in diagnosing cauda equina syndrome in 2012. The Trust admitted liability for a 24-hour delay at the pre-action stage and made a formal apology to Ms Metcalf, agreeing and paying an early voluntary interim payment of £75,000.

Ms Metcalf alleged that she had suffered severe injury as a consequence of the admitted delay in diagnosing her spinal condition – including injury to her bladder and bowels, and severe limitations to her mobility. Ms Metcalf reported that her standing and walking tolerance were severely limited even with walking aids (as little as 1-minute standing and 5 yards walking); she said that she was unable to drive, required assistance with transfers in/out of a vehicle and was unable to leave her home alone. Ms Metcalf served a schedule of loss in January 2019 totalling £5,712,773.40.

Due to inconsistencies in the evidence, covert surveillance was obtained. The surveillance revealed that Ms Metcalf had been repeatedly misrepresenting the extent of her injuries to those involved in her claim between October 2015 and January 2019. Ms Metcalf was observed going out alone, driving, shopping and walking without aids (or any apparent difficulty) but transferring into a wheelchair to attend appointments with the Trust’s medical experts and using two walking sticks when attending physiotherapy appointments. She was not observed using walking aids when doing any activity unconnected to her claim. Following disclosure of the surveillance footage and internet search material, the Trust served an amended defence pleading fundamental dishonesty. Fundamental dishonesty was denied by Ms Metcalf but was ultimately accepted approximately 4 months after the surveillance had been disclosed. The claim was dismissed by consent. Ms Metcalf agreed to repay the interim payment and has done so.

Hempsons made an application for permission to bring committal proceedings on behalf of the Trust in March 2020. Ms Metcalf admitted contempt the following month; permission was granted by consent in June and the committal application was made in July. The matter came to a final hearing before Mr Justice Griffiths on 11 February 2021. In his judgment Mr Justice Griffiths said:

“The lies all had a common theme: exaggeration of her physical disabilities and infirmities, amounting at times to outright invention. She dishonestly and falsely claimed that she could not walk unaided and was dependent upon aids such as a wheelchair, a walking frame or sticks. She also claimed that she was only able to go out socially to places with which she was comfortable and familiar, and took relatively few holidays, and restricted herself to travel which was appropriate to her allegedly reduced mobility. She hid or lied about the fact that she was regularly taking holidays to a variety of places in this country and abroad, in none of which she appeared to have any difficulties with her mobility or to be failing to enjoy herself to the full.”

Ms Metcalf had submitted that there was no thought-out plan to deceive but she was considering her future potential care needs. This line of argument was rejected by Mr Justice Griffiths:

“What she would spend it on is no excuse. She was, by her contempt of court, effectively stealing money from the NHS. There is no Robin Hood defence here: that it was all in a good cause. It was for her own personal benefit and it was money to which she was not entitled, insofar as it was based on a dishonest evidential case. Similarly, whether or not there was a ‘carefully thought out plan’, this was not a one-off incident, or a temporary loss of judgement on Ms Metcalf’s part. It was a course of conduct which she sustained relentlessly over a period of years. It was not provoked, or done under some sort of pressure, for example out of fear of loss or under threat of punishment. She was not a beleaguered defendant. She was a dishonest claimant.”

Ms Metcalf sought to avoid a custodial sentence and put forward the following points in mitigation:

“In my judgment, the number of contempts, and the range of deliberate (not reckless) conduct, covering false statements of truth and the manufacture of false evidence by systematically deceiving expert witnesses on both sides, taken with the long period of time over which they took place, and the millions of pounds at stake, claimed from a National Health Service entity whose resources are fully committed to the health and welfare of patients, place Ms Metcalf’s conduct in the upper bracket of the scale. This is a scale which ends at the maximum sentence of 2 years imprisonment. I adopt a starting point of 18 months but, from that starting point, I will move down substantially in order to reflect a number of mitigating features.”

Taking into account the points in mitigation, the sentence was reduced to 9 months. A further one third deduction was then applied as contempt had been admitted at the permission stage. Mr Justice Griffiths then considered whether the term of committal could properly be suspended:

“I cannot achieve the punishment appropriate to the facts of this case if I suspend the sentence and do not require any part of it to be served in prison. Appropriate punishment for faking evidence in support a claim inflated by some £5 million can only be achieved by immediate custody.”

As such, Ms Metcalf received an immediate custodial sentence of 6 months and an order to pay the Trust’s costs of the proceedings (summarily assessed at £23,000). As immediate committal was ordered, Ms Metcalf is entitled to automatic release without conditions after serving half the term.

It is the right outcome albeit unfortunate in some ways as Ms Metcalf had suffered a genuine injury. NHS Resolution and the Trust had been keen to make an early admission and an interim payment to assist her whilst the claim was quantified, in the hope that a fair and reasonable settlement could be reached once the necessary expert evidence had been obtained. Rather than receive the (approximately) £350,000 she would have been entitled to in damages she has – through her own deceit – been left with symptoms, a custodial sentence, months away from her young daughter and a bill for costs. This is not what anyone involved in these cases, on either side, wants to see.

This case highlights the very serious consequences of dishonest and exaggerated claims against the NHS. NHS Resolution and trusts will not hesitate to pursue a custodial sentence in such cases and the courts have ordered custodial sentences in all three committal cases pursued by NHS trusts that have come to final hearing. This is the longest sentence to date which is reflective of the length of deception and amount claimed, despite the mitigating factors and early admission. It also appears from the judgment that the Court would be open to imposing heavier sentences, in cases with fewer mitigating factors, in the future. 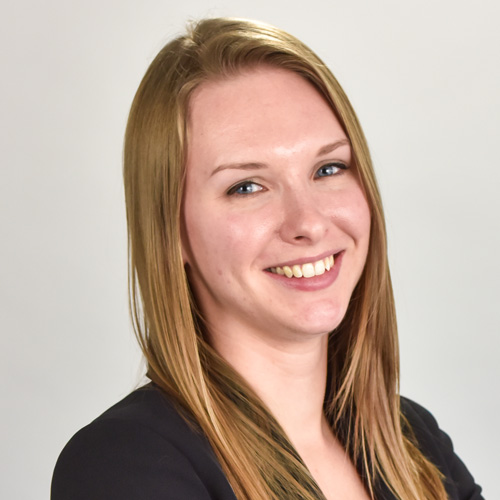