The Court of Appeal recently considered a case which is of interest to all NHS primary care contractors, and particularly those who provide services under pilot contracts or other temporary contracts which are ancillary to their core NHS contracts, as well as being of general interest from a contract law perspective. The case¹ related to a General Dental Services Contract (“GDS contract”) but the key principles established by the case could apply just as easily to any NHS primary care contract – or, indeed, any contract for the provision of services in any field.

The case was concerned with whether a pilot service provided by three dentists (“the dentists”) had been validly brought within the terms of the dentists’ GDS contract and therefore whether NHS England could terminate the service arrangements in the absence of default by the dentists.

NHS England had brought the appeal following a High Court decision in favour of the dentists delivering services under the GDS contract.

In 2007, the dentists started to supply intermediate minor oral surgery services (“minor surgery”) under an NHS pilot scheme designed to transfer minor surgery from hospital into primary care. The pilot scheme contract was for a fixed term which expired in November 2008, but the dentists continued to provide the service and the NHS (then Croydon PCT) continued to pay them. The parties to the dispute all agreed that this amounted to the terms of the pilot contract being “continued by conduct”.

In 2009, the PCT and the dentists signed a GDS contract variation, the purpose of which was to add the minor surgery services as an “Advanced Mandatory Service” under the GDS contract. This was a simple, single page contract variation containing no detail about the minor surgery services to be provided or the payment arrangements for those services (which differed from the framework for payment for other services under the GDS contract). The contract variation simply stated that the dentists were to provide “an Advanced Mandatory Service in the form of an Intermediate Minor Oral Surgery (IMOS) service”.

The dentists continued to provide the services and to be paid for them as they had been prior to the contract variation for a number of years without any issues arising.

In 2016, NHS England (which was now responsible for the GDS contract following the abolition of PCTs) sought to terminate the minor surgery arrangements by notice, without default on the part of the dentists.

This case is concerned with the law of contract. For a legally binding contract to be formed, certain conditions have to be present:

There has to be “consideration” passing between the parties: this would usually be payment of money in exchange for goods or services, but payment could be in kind. In this case, the NHS paid fees in return for the services.

There has to be an intention to create legal relations: an offer and acceptance of terms between family members (for example) might not always satisfy this test whereas between arms’ length commercial organisations the test is more likely to be satisfied.

There has to be certainty of terms: in order to be legally binding, the rights and obligations of the parties must be clear. The terms do not necessarily have to be in writing, and terms can be implied into a contract by law (such as the law relating to the sale of goods which implies a term into contracts that the goods supplied will be of satisfactory quality) or by the conduct of the parties. When courts are considering the terms of a contract, courts will generally only imply terms where they consider it necessary to reflect the intentions of the parties at the time the contract was formed.

In this case, it was common ground that a legally binding contract existed for the dentists to provide the minor surgery service.

The parties were not in dispute about the nature of the minor surgery service, nor about the payment terms. Terms relating to the nature of the service, arrangements for referral and triage and arrangements for payment were set out in the pilot contract or had been confirmed or varied by conduct and in subsequent correspondence between the parties. The service had been provided for some time without any argument about those terms. The dispute was over whether NHS England had a right to terminate the minor surgery service without default on the party of the dentists.

A GDS contract continues until terminated in accordance with its terms; NHS England has no general right to terminate without default by the dentists. The same applies to personal dental services agreements.

In this case, no default was cited as the reason for the termination. The dispute boiled down to whether the applicable termination provisions were those in the pilot contract or those in the GDS contract. This in turn depended on whether:

Much of the legal argument focused around two main provisions in the GDS contract:

The arguments and discussion

The dentists also argued that the words used in the written contract variation to describe the minor surgery service had a meaning which was well-known to the parties and that the variation was therefore sufficiently clear to be legally binding. This argument succeeded. The appeal judge pointed out that “extrinsic evidence is admissible to explain the meaning of unconventional expressions in a contract, especially where the expression in question is used in a particular sector of economic activity”.

The written variation said that the dentists were to provide “an Intermediate Minor Oral Surgery (IMOS) service” and the key question to answer was therefore “what do those words mean?”. The appeal judge did not consider that it was possible to give meaning to that
phrase without extrinsic evidence. This extrinsic evidence was (in the appeal judge’s words) “close at hand” in specific provisions of the pilot contract that described the service but did not incorporate the termination provisions of the pilot contract.

One of NHS England’s arguments was that the payment arrangements for the minor surgery service were not sufficiently clear and that existing payment arrangements could not be incorporated into the GDS contract without a written variation signed by the parties. However, the appeal judge was of the view that the provisions describing the service in the pilot contract which were admissible as extrinsic evidence also stated that the PCT and the dentists would negotiate fees for the services. He considered that the entire agreement clause did not preclude the implication of a term that is intrinsic to the agreement and noted that “in the case of a continuing contract for services in the course of performance the court will readily imply a term that a fair price will be paid for the services rendered”. Additionally, legislation² implies such a term into a contract where not expressly excluded in the contract (which it was not in this case). He was therefore of the view that the agreement of a price by negotiation as contemplated by the provisions of the pilot contract which were admissible as extrinsic evidence to interpret the meaning of “an Intermediate Minor Oral Surgery (IMOS) service” did not constitute a variation of the GDS contract requiring a written variation signed by the parties. The pilot contract and subsequent negotiations and conduct of the parties in relation to the payment arrangements were therefore sufficient to clarify the payment terms for the service.

NHS England’s appeal was dismissed. Admissible extrinsic evidence and implied terms clarified the meaning of the words “an Intermediate Minor Oral Surgery (IMOS) service” (used in the written variation to the GDS contract) sufficiently for the variation to be valid without incorporating the termination provisions from the pilot contract. NHS England was therefore unable to terminate the service on notice without cause. 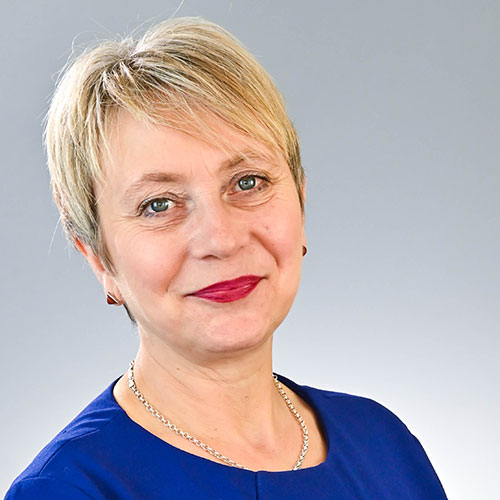