NHS employees of all stripes who fear that calling out wrong doing or unsafe practice might blight their NHS career for ever should take comfort from new legislation in force from 23rd May 2018.

The NHS Recruitment – Protected Disclosure Regulations 2018 cover the entire UK and forbid NHS employers from discriminating against job applicants because it appears to the employer that the applicant has made a protected disclosure.

This addresses the issue faced by Stephen Bolsin who spoke up about children’s heart deaths at the Bristol Royal Infirmary in the 1980s.  He subsequently failed to obtain NHS employment, being perceived as a troublemaker, and moved to Australia to continue his career.

The actions covered by the new regulations include declining to employ or appoint an applicant; not entertaining or processing an application or enquiry; not offering a contract of employment or appointment to an office or post, and withdrawal of an offer of employment.

A whistle blower subjected to such treatment can sue the employer in the Employment Tribunal, which can order the NHS employer to pay compensation and to take specific steps to obviate or reduce the adverse effect of discriminating against a whistleblower.  The compensation awarded is what a Tribunal considers to be “just and equitable” taking into account losses suffered by the applicant including expenses and loss of benefit

Affected applicants can also bring a claim for breach of statutory duty in the courts, and in those situations the potential awards include damages (financial losses) and compensation for injured feelings, a category of loss recoverable in discrimination cases.

Whistle blowing law in changed June 2013 meaning any worker claiming protection as a whistleblower had to prove that they reasonably believed, both subjectively and objectively that they were making a disclosure in the public interest (as opposed to a making complaint about their own personal situation).  There is no statutory definition of “public interest”.  This was seen as a narrowing of the scope of protection.

In Mr Nurmohamed’s case, he would obviously personally benefit if the manipulation of the accounts was wrong, as his bonus was affected.  However, his colleagues were also affected, but the interest that was affected was their private interest (access to a larger bonus). The Court of Appeal ruled that factors such as the number of workers affected, the nature of the interest affected, the wrongdoing disclosed and the identity of the alleged wrongdoer were relevant.  It would be for an Employment Tribunal, which would be considering the whistleblowing claim, to take into account all the circumstances of the case.

This case strengthens the hand of whistle blowers, giving a wide interpretation of what a public interest disclosure could encompass.  For NHS professionals, the key issues include whether or not the disclosure encompasses deliberate wrongdoing, rather than inadvertent wrongdoing affecting the same number of people.  In addition, the larger or more prominent the wrongdoer, the more obviously disclosure about its activities will be of public interest.

Dr Christopher Day, a junior doctor, claimed that his career had been seriously damaged after he raised the issue of staff shortages when working at Queen Elizabeth Hospital, London.  He told the employer he was the only doctor covering an 18 bed intensive care unit.  That disclosure would seem to fall squarely within Section 43B of the Employment Rights Act 1996, as it raises an issue that the health and safety of any individual has been, is being, or is likely to be endangered.

Dr Day’s right to sue his direct employer in the Employment Tribunal was not disputed.  However, he also sought to sue HEE (Health Education England). He claimed HEE, responsible as it is for training and workforce development in the NHS, and for setting the terms  of employment had made false allegations against him, and deleted his doctor training number making the further pursuance of his medical career impossible.  HEE disputed Dr Day’s right to bring a claim against it in the Employment Tribunal as it was not his direct employer.  Dr Day argued that he was entitled to bring a claim against HEE on the basis that he was a “worker” within an extended definition within the Employment Rights Act. The issue came before the Court of Appeal and the question to be considered by the Court was whether HEE substantially determined the terms of engagement of Dr Day.

The matter was sent back to an Employment Tribunal for further consideration and on  14th May 2018 HEE finally conceded that for the purposes of the definition within Section 43 Employment Rights Act, HEE could be sued by Dr Day (alongside his substantive employer) because it substantially determined the terms on which he was engaged. Dr Day’s substantive claim can therefore proceed against both his Trust employer (Lewisham and Greenwich NHS Trust) and Health Education England.

Oddly, HEE had already determined that junior doctors employed after 6 August 2016 should work on terms that they entitled not to be victimised for whistleblowing and were able to enforce that right in a Court.

54,000 junior doctors and Specialist Registrars, that is post graduate trainees appointed by HEE to a contract of employment and who have a training number, can now pursue whistle blowing claims against HEE if they are subjected to detrimental treatment by HEE as a result of making public interest disclosures. 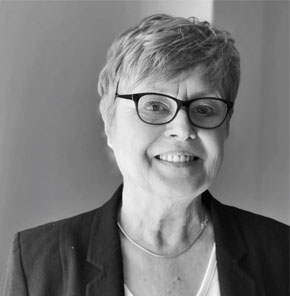