The below snapshot of information covers land mark rulings from mental health to inquests and a number of other interesting developments in the legal world.

These two cases considered the interaction between deprivations of liberty and conditional discharges and Community Treatment Orders (“CTOs”). The Court of Appeal concluded that:

The Supreme Court held that the Court of Protection (“COP”) does not have the power to order CCGs to fund specific care arrangements. Judicial review is the more appropriate forum to challenge a CCG’s decision not to fund a care arrangement.

MN is a profoundly disabled young man requiring constant 2:1 care. MN’s parents asked that his care plan include visits to their home and that his mother could be involved in his intimate care. The CCG was unable to fund either of these requests as they were not available options.

At the Supreme Court Lady Hale held that the COP did not have jurisdiction to order the CCG to fund the parents’ requests where their requests were not available options. Judicial review was the more appropriate forum to challenge such a decision.

This decision will be welcomed by public bodies as it reinforces the correct legal position that the COP should not be used as a forum for patients/ patients’ families to challenge funding decisions or to circumvent judicial review in order to obtain unavailable care packages. (Please find the case here: http://www.bailii.org/uk/cases/UKSC/2017/22.html)

This case considered a 15 year old (“D”) living in a specialist residential unit where he was subject to a high level of supervision and was not free to leave. The local authority contended that he was deprived of his liberty, was Gillick-competent but did not consent to such confinement and therefore required the Court, under its inherent jurisdiction, to authorise his deprivation of liberty.

D’s mother, who lacked capacity and was represented by the Official Solicitor, contended the Court did not have the power to authorise his deprivation of liberty in such circumstances because it was against the procedural requirements of Article 5. The Court concluded that, as D was Gillick-competent, he did in fact consent to his arrangements and therefore, while there was an objective deprivation of liberty, his consent meant the Court was not required to authorise it under its inherent jurisdiction. The Court noted, obiter, that it did have the power to authorise D’s deprivation of liberty under its inherent jurisdiction if the circumstances arose.

CG, 10 months old, suffers from a form of mitochondrial disease which causes progressive muscle weakness and brain damage. He cannot move his limbs or breathe unaided. An application was made by the Trust seeking a declaration that it is no longer in CG’s best interests to receive life-sustaining treatment. His parents agreed that it was not in CG’s best interests to continue to live in his current condition. However, they opposed the application as they wished to take up an offer of ‘pioneering’ treatment available in America. This treatment has not been tested on animals or humans suffering from this form of mitochondrial disease. Having heard evidence from both parties and the doctor in America who had agreed to provide the proposed treatment, the judge at first instance found it was not in CG’s best interests to continue to receive treatment in the UK or to travel to America to receive treatment there.

CG’s parents appealed the decision to the Court of Appeal arguing that the judge at first instance erred in law by relying solely on the ‘best interests’ test and that it was outside of the Trust’s powers to to apply to prevent treatment it did not intend to provide. The Court of Appeal dismissed the application confirming that the best interests was the correct test to be applied and that the hospital had not acted outside its powers. CG’s parents then appealed to the Supreme Court, which also upheld the first instance decision. They have now appealed to the European Court of Human Rights. The ECtHR has ordered treatment to continue whilst it considers its decision.

We will report further on this case once the ECtHR decision is known.

TL is an adult woman suffering from a learning disability. Disagreements between TL’s parents and the Local Authority (the “LA”) were the subject of lengthy COP proceedings. During the course of these proceedings, following a failure by the LA to comply with a contact order, TL’s parents applied to the COP for declarations and damages in respect of alleged breaches of both their own and TL’s rights under the Human Rights Act (the “HRA”). They also sought removal of TL’s Relevant Person’s Representative (“RPR”).

In February 2017 the Lord Chancellor reduced the discount rate from 2.5% to minus 0.75%. The discount rate adjusts personal injury compensation payouts to take into account how much an individual can expect if they invest a lump sum over their lifetime. Its purpose is to ensure that a claimant who is given a lump sum to use in the future is not left undercompensated over the course of the following years. This has had a significant effect on claims involving a future care component,some of which have doubled as a result. The discount rate has remained unchanged for a number of years and many agree that a review was long overdue. However, the jump to minus 0.75% is more than most expected. Insurance companies have threatened to judicially review the Chancellor’s decision but no application has been made as of yet.

The GMC has published new guidance in relation to doctor/patient confidentiality that will come into force on 25 April 2017.

The new guidance is meant to provide a simple framework that allows doctors to easily determine when they can disclose patient information for the purposes of; 1) direct care; 2) the protection of patients or others; and 3) secondary purposes.

For further information on any aspect of this legal update, please contact John Holmes or Nadya Wolferstan.

This legal update is made available on the basis that no liability is accepted for any errors of fact or opinions it may contain. Professional advice should be obtained before applying the information to particular circumstances. 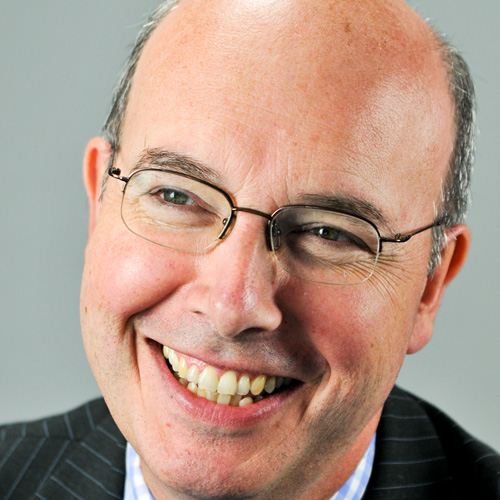