Pleading ex turpi causa is attractive for defence solicitors but, historically, it has been a difficult defence to succeed with. Defendants needed to establish both causation (that the injury was caused by the illegal act, rather than the alleged negligence) and proportionality (that the crime was so serious that the claimant should not be awarded damages). The Supreme Court judgement in Henderson v Dorset Healthcare University NHS Foundation Trust [2020], however, offers new hope for those seeking to use this defence.

The appellant (“EH”), who was diagnosed with paranoid schizophrenia, stabbed her mother to death on 25 August 2010 in a psychotic episode. She pleaded guilty to manslaughter due to diminished responsibility and was sentenced to a Hospital Order, with detention under s. 41 of the Mental Health Act 1983.

EH brought a claim against Dorset Healthcare University NHS Foundation Trust (“the Trust”), alleging that she would not have killed her mother, had the Trust returned her to hospital due to her psychotic state. Breach of duty was admitted.

EH sought damages for: (i) the depressive disorder and PTSD she suffered; (ii) loss of liberty; (iii) loss of amenity; (iv) the share in her mother’s estate she did not inherit; (v) the cost of psychotherapy); and (vi) the cost of a support worker. Liability for damages was denied on the basis of ex turpi causa.

The claim was dismissed. The Court held that ex turpi could be justified by:

In respect of EH, while it was noted that her criminal responsibility was diminished, the criminal Court had held that her responsibility for the killing was not removed. It would be inconsistent, therefore, to make EH a “victim” in the civil courts. In respect of claims against the NHS, the Court went further and noted:

NHS funding is an issue of significant public interest and… funds will be taken from the NHS budget to compensate (EH) for the consequences of her criminal conviction.

This judgment does overrule the considerations set out in Patel v Mirza [2016] – public interest; proximity between the criminal act and the injury; and the severity of the crime, nor does it relieve defendants of the need to show both causation and proportionality. However, the judgment reiterates the importance of the consistency principle – that the civil law of torts must be consistent with the philosophy of the criminal law, and the importance of public confidence in the law. Therefore, particularly in respect of claims against the NHS, the Court now appears to be more willing to dismiss claims on the basis that public funds should not be used to “award” criminals. 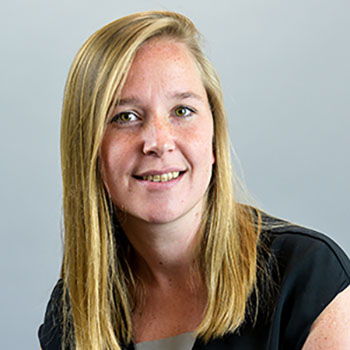