The threat in a letter of claim

There can be few more frightening events in the professional life of a doctor than to receive a letter from a solicitor proposing to bring an action for compensation from a patient alleging negligence.  The recipient should know that this probably heralds the start of an arduous form of mid-career audit.  If things go badly there may be public humiliation ahead.  This claim could be followed by a complaint to the General Medical Council that may end the doctor’s career.  The days have long past when substandard clinical practice was assumed to be something that would be sorted out, often behind closed doors between the patient’s lawyers and those acting for the doctor’s indemnifiers.

One thing that the recipient of such a letter is unlikely to worry about is whether this letter poses an immediate threat to his or her own financial wellbeing.  The assumption is not likely to include the chance that an adverse judgement that will need the house to be put on the market and the children to be taken out of fee paying schools.  Indeed, in the NHS that is still the case.  There is no likelihood that the indemnifier, the NHSLA will not indemnify the Trust that employs the doctor and it is vanishingly rare for a single case of negligence to threaten the doctor’s future employment, unless it is through the agency of the GMC.  However, the days have long past when other indemnifiers have treated individual claims as part of life’s rich tapestry.

The scale of modern claims is now extraordinary.  The tail of NHSLA future liabilities is supposed to be £26 billion: if it were shared amongst the 200,000 doctors it would come to more than £130,000 for each.  If we allow that obstetricians have 20 times the average exposure, you can see that each of them would need to have provided well over £2 million for their own liabilities.  The old system in which the medical profession managed the problem through a pay-as-you-go mutual fund could not have survived the modern inflation in damages for obstetric cases, in which we have seen a recent case attract an award of £14.5 million.
Indeed, in 1990 when the government took over all the hospital liabilities, the total sum that they accepted from the MDU in respect of its historical tale of liabilities, including those future claims that had been incurred but not reported, amounted to about the same as was awarded in the case of Robshaw this year.
There have been a number of results of this process of adjustment that are profoundly disturbing for practitioners.

First and foremost, any doctor in private practice or general practice who is the victim of a very large award will have to justify his continued membership of the medical defence organisation.  It is not unknown for practitioners to see their subscriptions doubled to figures in excess of £250,000.  It is routine for their continued membership to be scrutinised by a committee and for some of them to be asked to take their business elsewhere. Finding another indemnifier may not be easy on the basis of an adverse record. Even those who are brave enough to “go bare” are not free to do so: a failure to hold appropriate indemnity sufficient to protect your patients is a breach of the GMC’s Guidance in Good Medical Practice and so means that the doctor may be found guilty of serious professional misconduct simply by continuing to practice.

One of the reasons why conventional cover with the Medical Defence Organisation is so expensive is because it is based on occurrences during the period rather than claims made.  If you are a member of the MDU, the MPS or the MDDUS on a conventional basis then any event that happens during the period of benefit will be covered by them, even if the claim is made 20 or 30 years hence.  By then damages may have inflated 10 fold as they have since 1990.  It is a daunting prospect that the equivalent of this year’s case of Robshaw which attracted £14.5 million might in 2040 attract an award of £140 million.  Given that there is in reality no limitation law to protect practitioners and their indemnifiers in cases of significant brain damage, such a threat is not purely theoretical and unless something is done to control the level of damages awarded the present system simply will not be viable.

Many doctors are quitting the defence organisations in favour of lower price cover from insurance companies that pay damages on a claims made basis.  It is much easier to write such insurance because if you are only covering the practitioner in respect of claims made during the next 12 months you have a pretty clear idea of what the upper limit of damages is likely to be.  No one has ever been awarded more than £14.5 million and the average cerebral palsy baby award is still only about £6 million. Absent obstetrics the reality is that very few awards get more than £1 million and the insurance can be written on a catastrophe basis – that is the assumption that such events will be very rare.

By contrast, no one is in a position to advise the insurers about the upper limit of their exposure in a single case when they are writing occurrence-based business in which they will be liable for a claim whenever it is made in the future.  As a result it is not unknown to see claims made policies written at a level that undercuts occurrence based cover by a third.  Further savings can be made if they do not include the legal expenses insurance that medical defence organisations provide to protect the practitioner in the case of a GMC complaint and there may be other respects in which benefits that MDO members take for granted which are not replicated by the insurers.  At a third of the price many doctors think it is attractive.

Sometimes the policies come with a promise that the doctor will be given run off cover which means that the insurers will agree to pick up claims made in the future as if the policy had always been the equivalent of an occurrence based policy.  Often the insurers say that they will provide that run-off cover for nothing as the MDOs will, if the practitioner remains in benefit until retirement.  Others say that they will allow the practitioner who wants to retire prematurely or to transfer to another provider to purchase the same benefit if they will pay two or three years premiums all at once.

The trouble with both such promises of run-off cover is that they depend upon the practitioner remaining being able to pay the premiums quoted in the final years.  If the doctor has an adverse claims record there is no limit to the extent to which the insurer is entitled to increase the premium.  As a result, it may become impossible for the doctor to be able to afford to remain in benefit with that indemnifier until their retirement or they may be unable to afford to pay the premium quoted in the final three years.  This is not an attractive position.

Even worse than this, when doctors chop and change between indemnifiers they have to make declarations about every circumstance.  If they fail to mention a threatened claim when they transfer their liability to a new indemnifier they may find the whole policy is voided.  This can happen when they fail to mention distant events.  One of my clients was surprised to find cover that he thought had been secure was voided because when he transferred his indemnity to a new indemnifier three years earlier, he had failed to mention an event which had happened 12 years before that.  This distant event had not resulted in any claim being made against him.  It was a GMC case.

Even worse than that, many claims made policies will only cover the practitioner in respect of claims that are made during that year and reported to the insurer.  If the claim is not reported to the indemnifier in the same year in which the claim is made then the practitioner may find that the claim is disowned, that they are going bare and they have to explain themselves to the GMC. There must be a temptation not to trouble the insurer for fear that next year’s premium will be increased. Problems arise when doctors receive letters that they do not recognise as claims, merely complaints that they think they can answer completely themselves.

Sometimes it may seem as if the doctor has two lots of cover.  If a doctor transfers to a claims made policy on 1 January 2014 and then gets a claim in respect of an event that happened in 2012 when he had occurrence based insurance, you might suppose that he would be indemnified by both organisations and he need not worry.  However, it does not work like that.  The MDO may say that if the doctor has transferred to a claims-made policy so that he has bought another indemnifier on risk, their obligation to indemnify is terminated.  They no doubt rely upon the fact that the claims made policy is much cheaper than theirs.  However, if the new indemnifier disowns the claim because it was not mentioned in the application when they think it should have been, the practitioner who thought that he was indemnified in two different ways may find he is out in the cold without any cover at all.  Clearly it is a nasty world out there in which a Letter before Action may threaten the doctor’s ability to continue to practice privately or as a General Practitioner and may also result in the unwelcome discovery that the indemnifier thinks that their obligation to look after the doctor has terminated.

This is all a sad change from the way it used to be.  My grandfather bought life membership from the MPS when he qualified in 1919 for £50 and never gave the problem another thought until he stopped operating at the age of 82.  Autre temps, autre mores no doubt, but more to the point autre monnai as well. 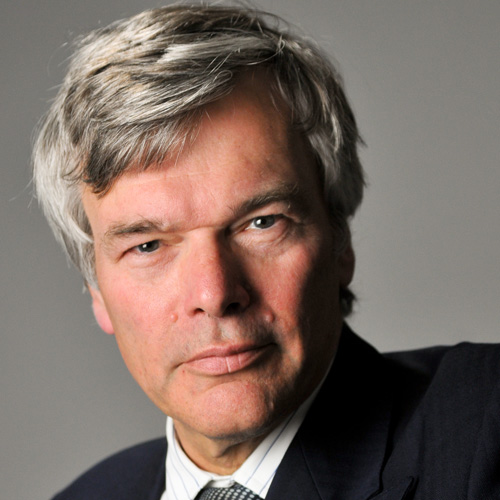